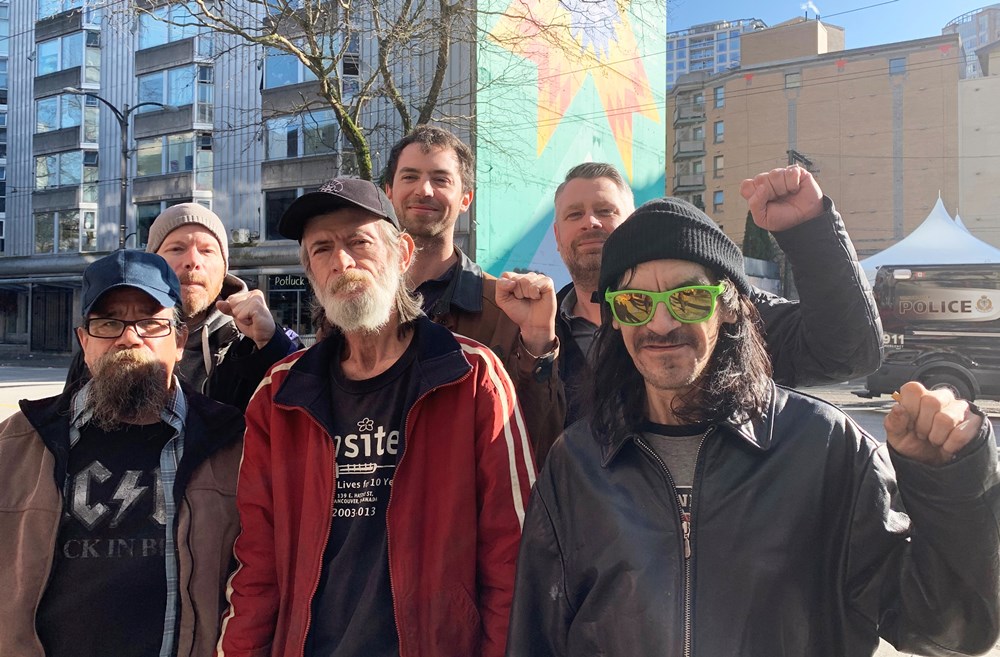 VANCOUVER- Harm reduction workers – with lived experience in Vancouver’s Downtown Eastside (DTES) – are voting today on joining CUPE 1004 in a BC Labour Relations Board vote. Following the vote, the ballot box will be sealed because the employer, PHS Community Services Society (PHS), is challenging union certification for peer employees.

“I have worked for the PHS for 18 years and this is a long time coming,” said Dave Apsey, a peer supervisor who currently works at the Washington Needle Depot. “I’m voting yes to join the union because I want the same protection as other PHS employees.”

Peer employees of PHS are instrumental in saving lives in the face of drug overdose deaths and the opioid crisis. They provide vital community services at the InSite supervised injection site and other overdose prevention sites in the DTES.

InSite’s success at supervising millions of injections and saving thousands of lives from overdose is directly attributable to the work of peer workers who ensure access to its life-saving services. In 2016, when increasing overdose deaths prompted the declaration of a public health emergency, peer work was expanded to other overdose prevention sites in the DTES.

“We are confident the ballots will be counted soon and CUPE Local 1004 will welcome peers into our union,” said Andrew Ledger, President of CUPE Local 1004. “It is the Charter Right of all Canadian workers to join a union, and peers certainly deserve the same union protections other PHS employee members have.”

Section 2 of Canada’s Charter of Rights and Freedoms protects all Canadian’s rights to freedom of association. After InSite received a Section 56 exemption from Canada’s Controlled Drugs and Substances Act by Health Canada in 2003, peer workers became part of the staff team. In addition to saving lives, peers connect participants to community resources such as housing, addictions treatment, and other supportive services.