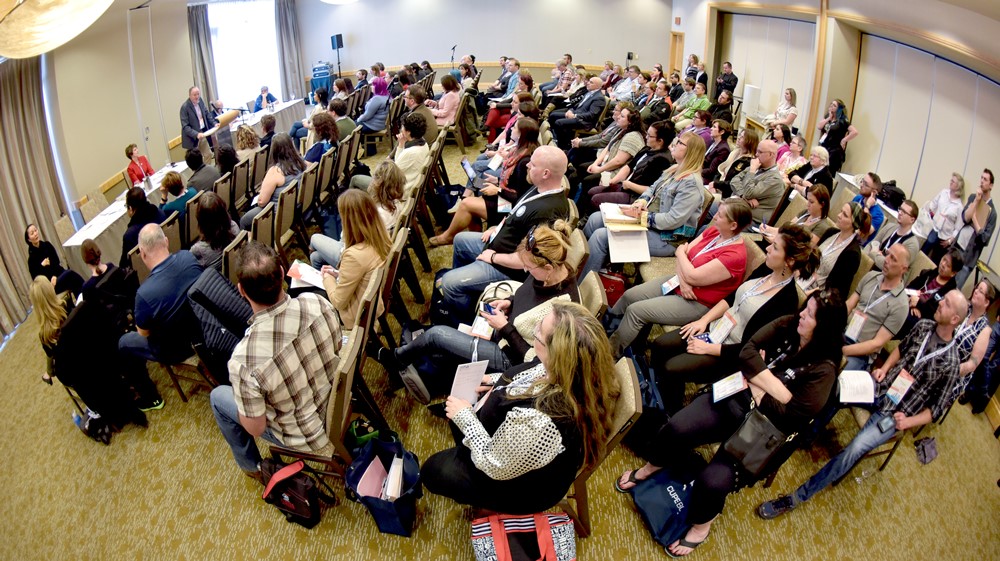 VANCOUVER - It was standing room only at a packed new delegates seminar which took place just prior to the official start of CUPE BC’s 55th annual convention and offered a sneak peak of all things convention for those new to CUPE BC’s parliament.

CUPE BC President Paul Faoro welcomed the crowd and offered his advice and guidance to new delegates – including the importance of always keeping your credential with you.

“I want to thank all of you for getting involved in your local union and for being here this week to help conduct the business of our union,” said Faoro. “We are going to do a lot of work over the next few days and we’re also going to have a lot of fun. I look forward to meeting and sharing stories with many of you and wish you all a great convention.”

CUPE BC’s Secretary Treasurer was also on hand to give an overview of how the convention comes together and how it runs procedurally as well as details on electronic voting.

The convention officially kicks off Wednesday, April 18 at 7 p.m. and runs through Saturday.