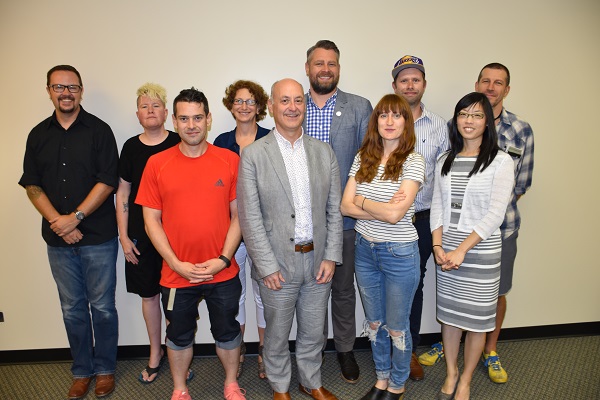 Insite, North America’s first legal supervised injection site, is among the sites CUPE members work at and is a facility where workers are saving lives and responding to the needs of street involved and drug involved populations on their own terms. Since opening over 10 years ago Insite’s harm reduction model has proven successful and many other cities are now in the early stages of opening similar facilities.

PHS’s unique ability to provide supportive housing and services to portions of the population that other service providers find difficult has led to the expansion of the Society and a new PHS-operated facility will be opening in Victoria in the near future.

“The frontline services provided by CUPE 1004 members with the PHS are incredibly important and our members take great pride in delivering these services. With all the instability and uncertainty over the past two years it is a top priority that we negotiate a new collective agreement that protects the traditions and practices of the PHS that our members know to be true,” says Andrew Ledger, CUPE 1004 President. “The PHS is a publicly funded society and it is crucial that in this round of bargaining PHS employees gain access to key benefits that other public employees have such as the Municipal Pension Plan.”

“Following dramatic leadership changes in our organization, program and project managers faced an unprecedented atmosphere of insecurity and uncertainty of our roles within the PHS. Recognizing the pressing need to protect our employment future and the essential work that we perform, we began to organize and eventually joined CUPE 1936,” says Tanya Fader, CUPE 1936 PHS Unit Chair.

“The effects of organizing have already played a pivotal role in protecting our members and the populations we serve in Vancouver’s DTES and beyond. We are pleased to be engaged in joint bargaining with our brothers and sisters in CUPE 1004 and look forward to securing our first collective agreement to provide greater security and fair treatment for our members.”

National Representative Bill Pegler is the chief spokesperson for CUPE at the bargaining table.