K-12 Presidents' Council gets down to work 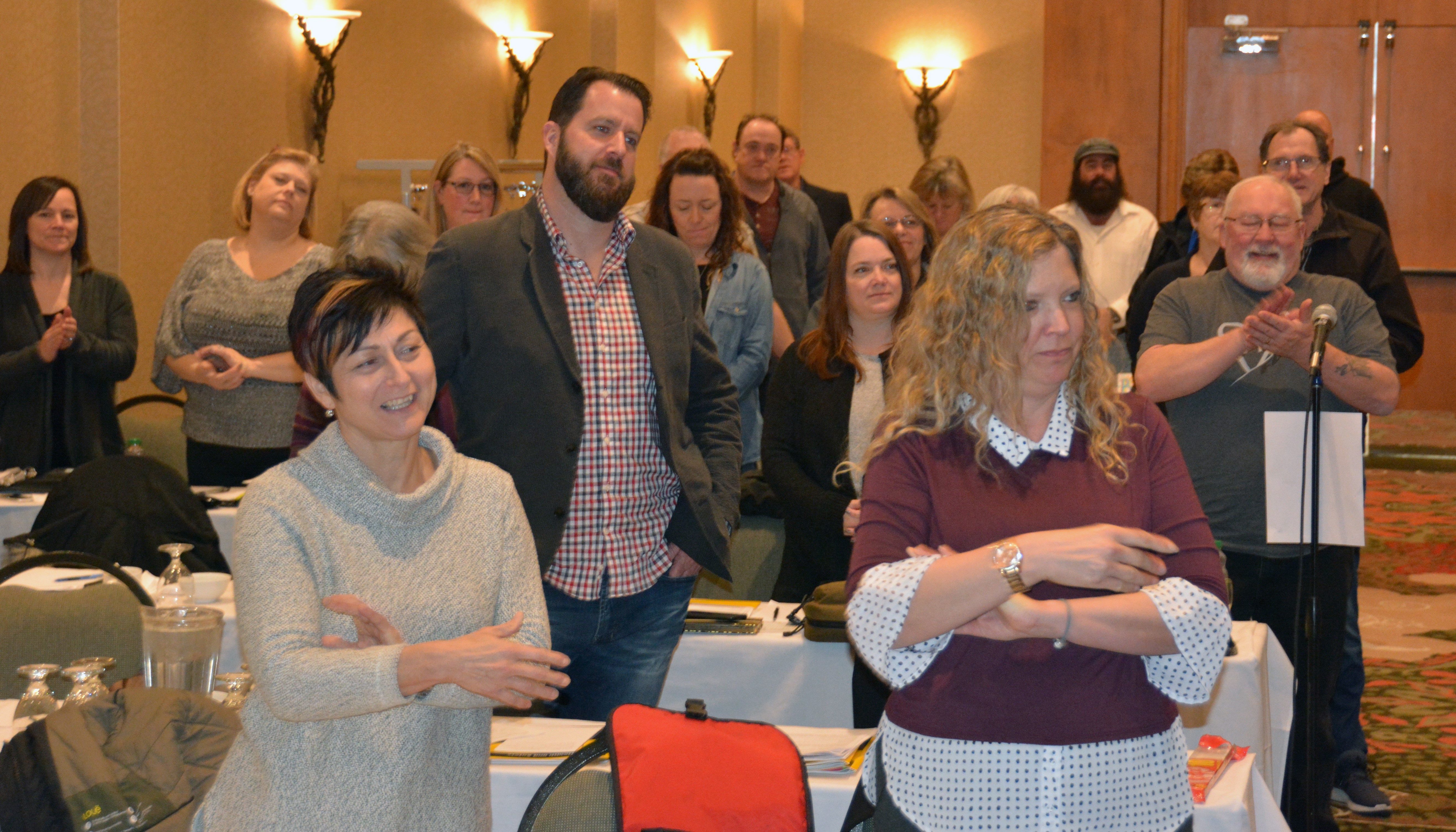 BURNABY—The K-12 Presidents' Council met for two days on Thursday and Friday to deal with Council business. Members were updated on the work of the violence in the workplace taskforce. They also began preparations for the next round of provincial bargaining. The current contract expires on June 30, 2019.

Council members spent a lot of time working on a provincial K-12 bargaining survey as the first step in preparing for bargaining. The survey will be available to all CUPE locals in the near future. K-12 members are encouraged to fill in the digital version of the survey, once it is released, to enable a faster compilation of results. Locals are ordering printed surveys for CUPE members who prefer a paper survey.

Presidents got a slide presentation on sponsorship and other opportunities to build visibility in their communities. They shared ideas about what their locals had done to raise awareness about their members and the services they provide.

CUPE 779 President Andrea Smith was elected by acclamation to a three-year Trustee position and was sworn in by K-12 Presidents’ Council Chair, Marcel Marsolais.

Participants approved the previous minutes and the Secretary Treasurer’s report. They also reviewed the latest trustees’ report and were advised by the executive that recommended actions had been addressed. The K-12 bylaws committee met upon adjournment of the meeting and new bylaws will be brought forward to the next meeting in May.