Fleury to delegates: “CUPE National is with you in all your fights” 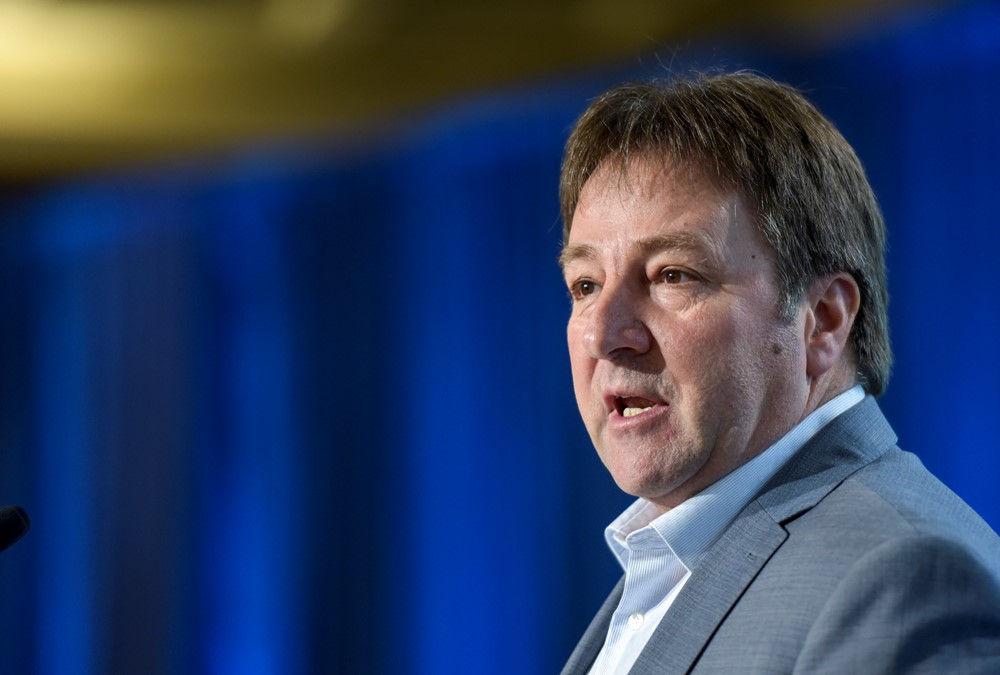 VANCOUVER – While we may face challenges in the upcoming year, CUPE National has the resources and is ready to face every challenge ahead, said CUPE National Secretary-Treasurer Charles Fleury in his annual address to CUPE BC delegates.

Fleury also thanked delegates for the important work they do on behalf of members.

“I want to thank each of you for everything that you do for CUPE,” he told delegates. “It’s not easy but every day you speak up for co-workers, you take on the boss at work and you stand up against violence, racism and harassment. Our work as union activists may be challenging, but it is always rewarding, and always worth it.”

The national secretary-treasurer reported that after several years of managing our finances closely, CUPE is in the fortunate position of applying a surplus directly to additional staff positions and other priority areas of work. Fleury also told delegates that the general fund budget includes the highest number of new staff positions CUPE has announced in decades.

“We looked at where membership growth and servicing demands were the highest,” he said. “In addition to the eleven positions we made permanent in September, for this year, the National Executive Board approved eighteen new staff positions.”

However, with many retirements upcoming Fleury stressed to delegates that now is the time to do a more in-depth review of staffing challenges and to look at how we can better both our staff and locals.

“At our national convention, I committed to setting up a Taskforce on Staffing. This taskforce is now in place and includes National Executive Board members and some senior staff, and we will begin meeting in May,” he said. “We are working hard investigating the new realities facing our locals and chartered bodies.”

The taskforce will examine what CUPE’s emerging issues are and how we can support national representatives when they face new challenges at work, how specialist staff support our new bargaining structure, and how staff can work more closely as a team.

Recommendations from the taskforce are expected at the National Executive Board meeting in the fall.

Fleury also reported on changes CUPE National has made to reduce expenses and improve their environmental footprint. Including environmentally sustainable renovations in their 67 offices, a new national contract for photocopying, a longer cycle for replacing laptop computers and changes to CUPE fleet vehicles offered including new electric and hybrid options.

“The biggest efforts to reduce our carbon footprint and to fight global warming will come from the work we do together at the local level. I encourage you to create cost-shared proposals on Climate Justice campaigns so we can work together to save our planet.”

Fleury also reminded delegates that with local government elections upcoming, and a vote on proportional representation we all need to do our part to elect progressive leaders. Fleury pledged support through two cost shared campaigns already in place to assist political action efforts in BC.

“In BC, you do fantastic campaign work. This is the power of CUPE, a pan-Canadian union of 650,000 members with a national strike fund of $ 99 million,” he said. “I am honoured to work with all of you to ensure that each and every CUPE member benefits from our collective strength.”