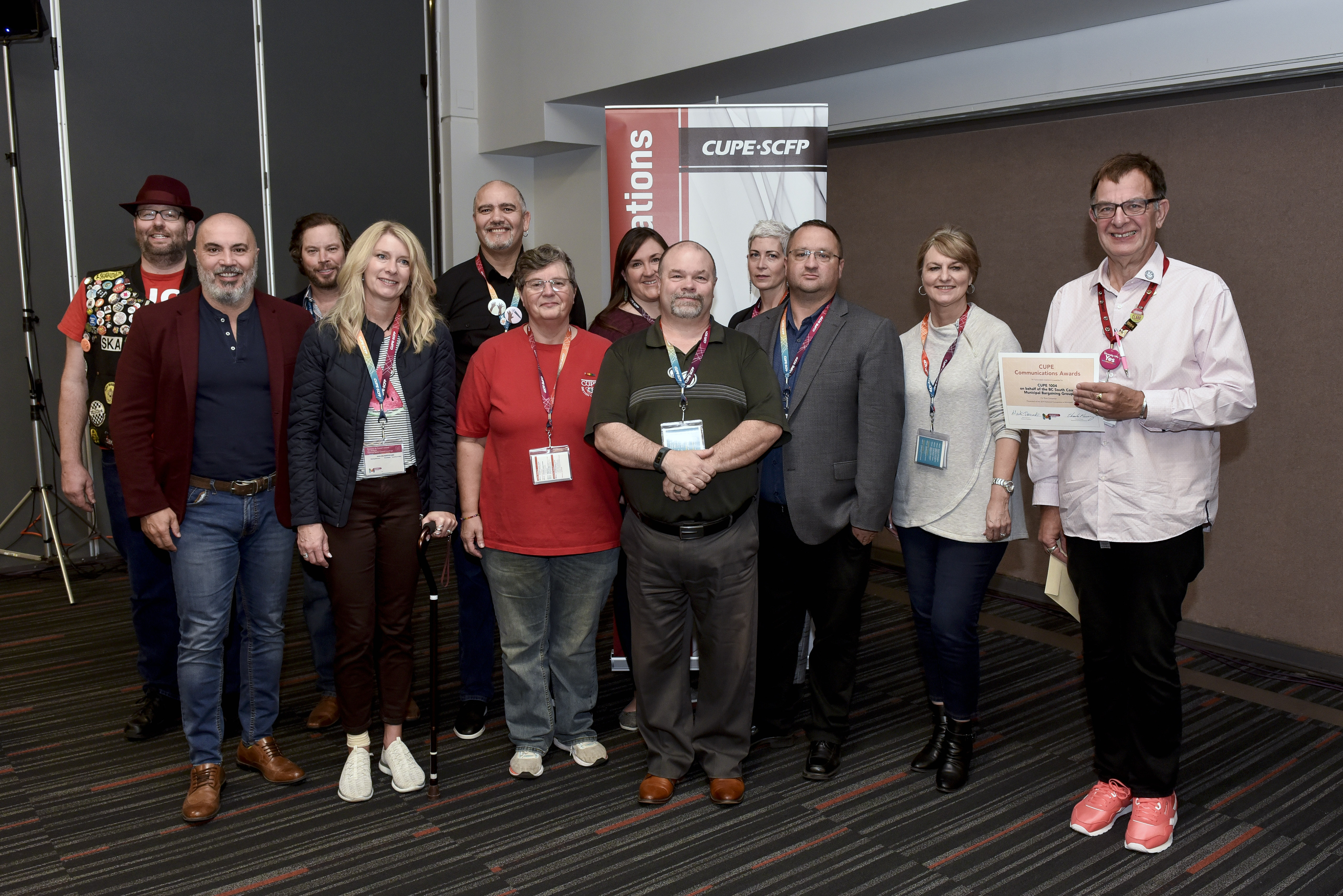 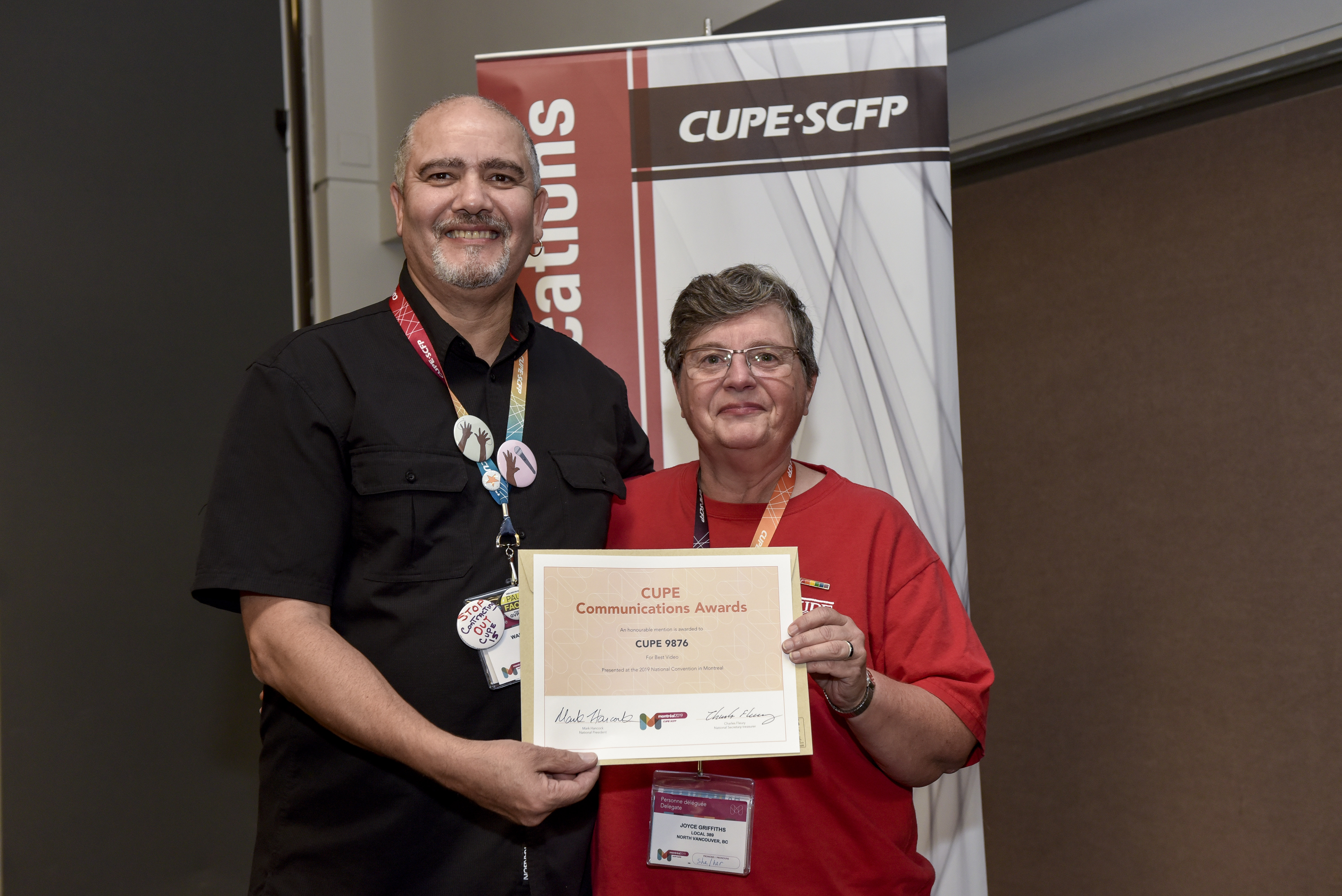 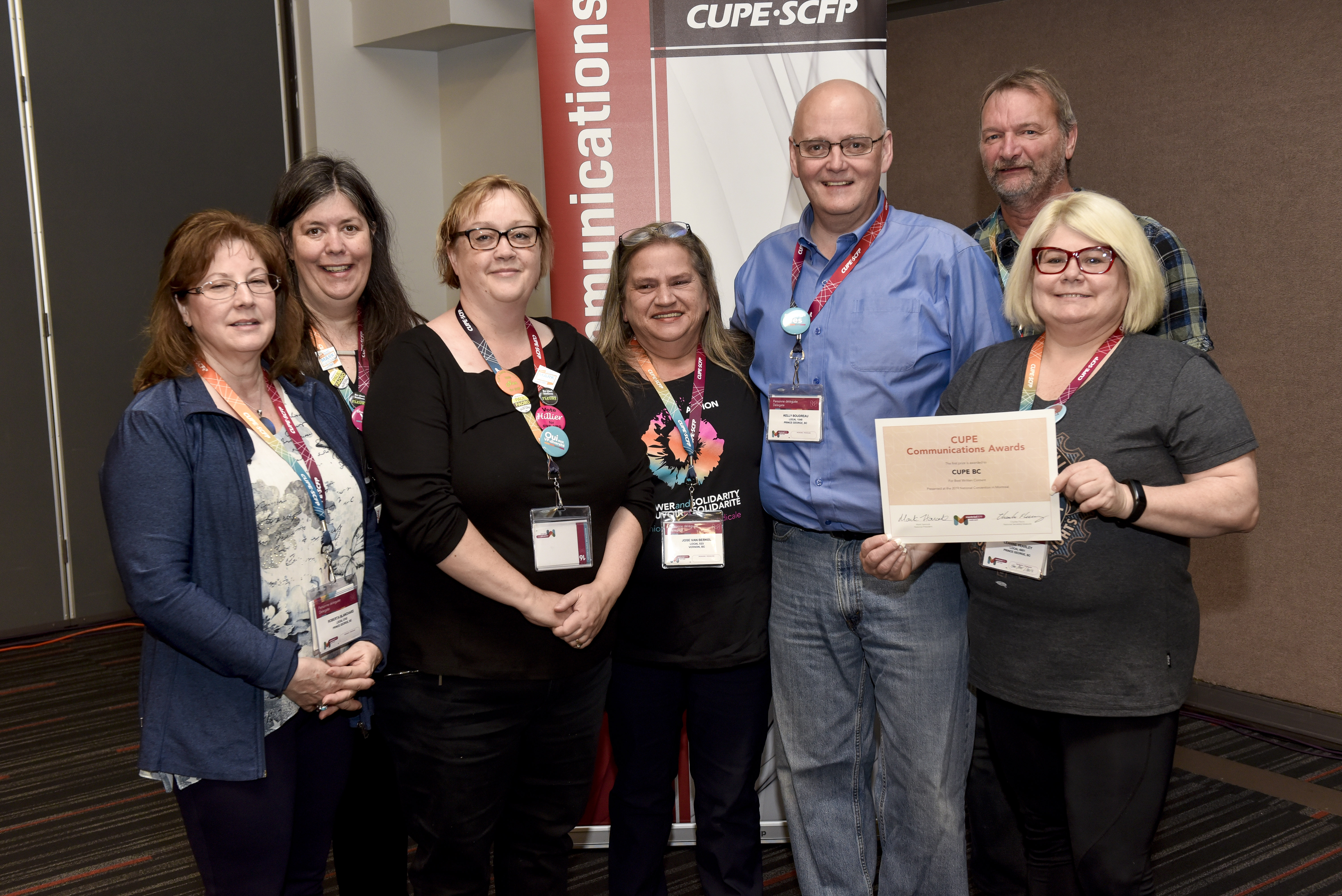 Every two years at National Convention, CUPE National’s Communications Branch hosts a breakfast event to recognize the work of local communicators across the country and presents awards for communications activities and initiatives that stand out. This year, several CUPE Locals from British Columbia were amongst the winners.

The campaign focused on promoting the work that municipal and library workers do to make their communities better places to live. Using language developed through focus group research, the campaign mobilized print and online materials, and a 30-second live action video, in a member and community engagement tour and through region-wide, multi-channel advertising. In July, the Group resolved to keep the campaign going through 2020, and plans for another engagement tour, supported by video and radio ads, are currently in the works.

CUPE BC’s Public Employee magazine won Best Written Content for an article on the efforts of CUPE members to help their communities during the wildfires of 2017 (https://issuu.com/cupebc/docs/fall_public_employee_web_2017_09_21). The story, written by Communications Representative Janet Szliske, captured the human face of the wildfire tragedy by describing how communities were affected and showing the work of CUPE members across BC who were mobilizing to support both the tens of thousands of evacuees and those working to fight the fires.

Finally, CUPE BC’s K-12 Presidents Council won Honourable Mention for Best Video for a video promoting the work of CUPE members working as Indigenous Support Workers in B.C. schools (https://vimeo.com/363551064). This was just one of the many videos produced as part of the K-12 Presidents Council in the past year as part of their ongoing work to better inform the public of the key roles played by CUPE members in the public education system in B.C.

“Congratulations to all the winners from B.C.,” said CUPE BC President Paul Faoro. “It’s great to see the hard work of our Locals and staff being recognized for these excellent communications initiatives.”