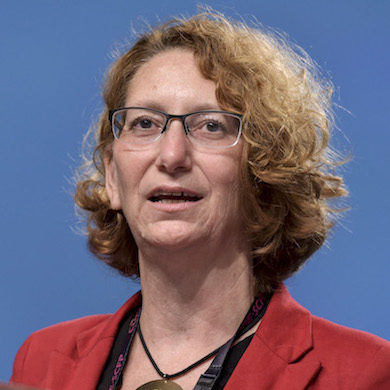 BURNABY - Today, on the International Day of Persons with Disabilities, CUPE BC General Vice President Sheryl Burns was recognized by two different organizations for her years of activism and advocacy on behalf of persons with disabilities, wining the Carol McGregor CLC Disability Rights Award from the Canadian Labour Congress, and being appointed to the B.C. Government’s Provincial Accessibility Committee.

“I am so happy to see Sheryl receiving this long overdue recognition,” said CUPE BC President Karen Ranalletta. “Though Sheryl absolutely deserves the spotlight, I know that she would say that more important than any individual recognition is the opportunity Sheryl now has to directly influence government accessibility policy.  I’m thrilled to see how she will bring her creativity and passion for these issues to decision makers.”

In their nomination of Burns for the award, CUPE National President Mark Hancock and then -National Secretary-Treasurer Charles Fleury said that, “Sheryl has been a powerful advocate for disability rights throughout her life, bringing her lived experience as a woman with a hearing disability to a multitude of spaces. She has displayed incredible strength and courage in negotiating ableist barriers to achieve significant change and improvements for persons with disabilities in Canada.”