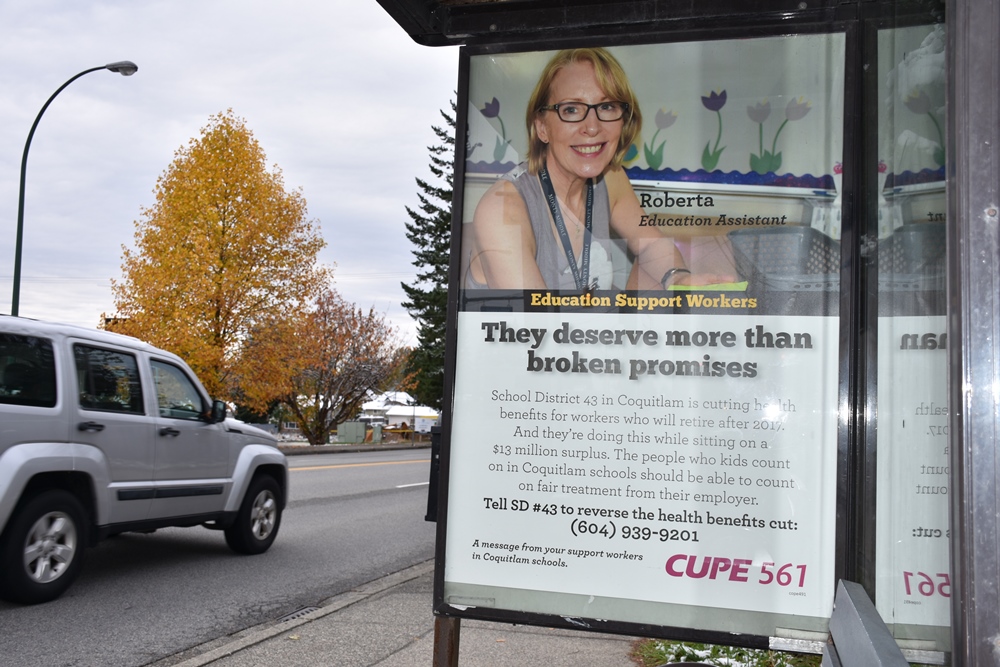 COQUITLAM – CUPE 561 is calling on School District 43 to reverse its decision to cut post-retirement health benefits for all permanent employees who retire from the district after December 31 of this year. CUPE 561 President Dave Ginter says that retirees took some health benefit cuts in 2014 while the district was facing a deficit. The District reported a $13 million surplus in September.

CUPE 561 has launched a campaign to let the public know what’s happening and ask for their support. The campaign began with transit shelter ads featuring CUPE 561 members appearing this week, and will include newspaper and radio advertising. Members of the local are asking the public to call SD 43 at (604) 939-9201 and tell the District to reverse the health benefit cuts.

“These workers were promised health benefits when they retire,” said Ginter. “They deserve more than broken promises from their employer. These workers have supported students in Coquitlam schools and worked hard to serve their community.”

CUPE 561 represents 1,600 K-12 education support workers and 80 library workers in Coquitlam, 200 BC Transit workers in the Fraser Valley, as well as 650 retirees.