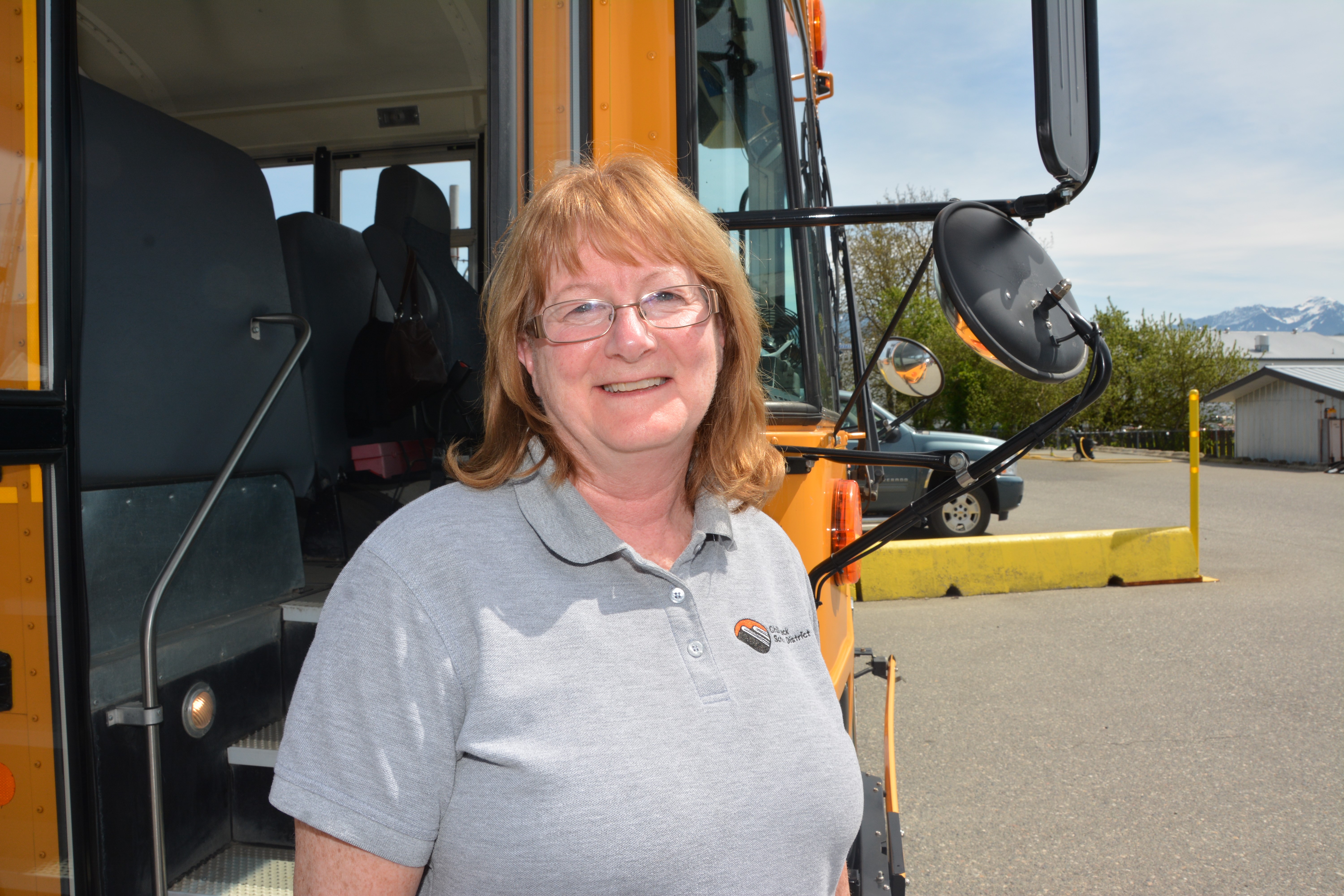 CUPE 411 members, like bus driver Penny Boldt, are welcoming children back to school and reminding drivers to be safe.

CHILLIWACK — CUPE Local 411, K-12 support workers in Chilliwack, are on-air for the first week of school with a radio ad reminding motorists to watch for children and to stop for buses. The radio ad is supported by a newspaper ad reminding everyone, "It's not just a stop sign, it's a child's life." The local is building public awareness of their members and the important services they provide.

"Union members recognize students as our top priority," says CUPE 411 President Rod Isaac. "Not only is it important to keep them safe, their opportunity for success is tied directly to the services we provide."

The radio ad was originally produced for Prince George CUPE locals, who shared the creative with CUPE 411 with the approval of their local station. The radio and newspaper ads are a part of CUPE 411's campaign to connect CUPE 411 members with the community. The campaign is funded in part through a CUPE National cost share.