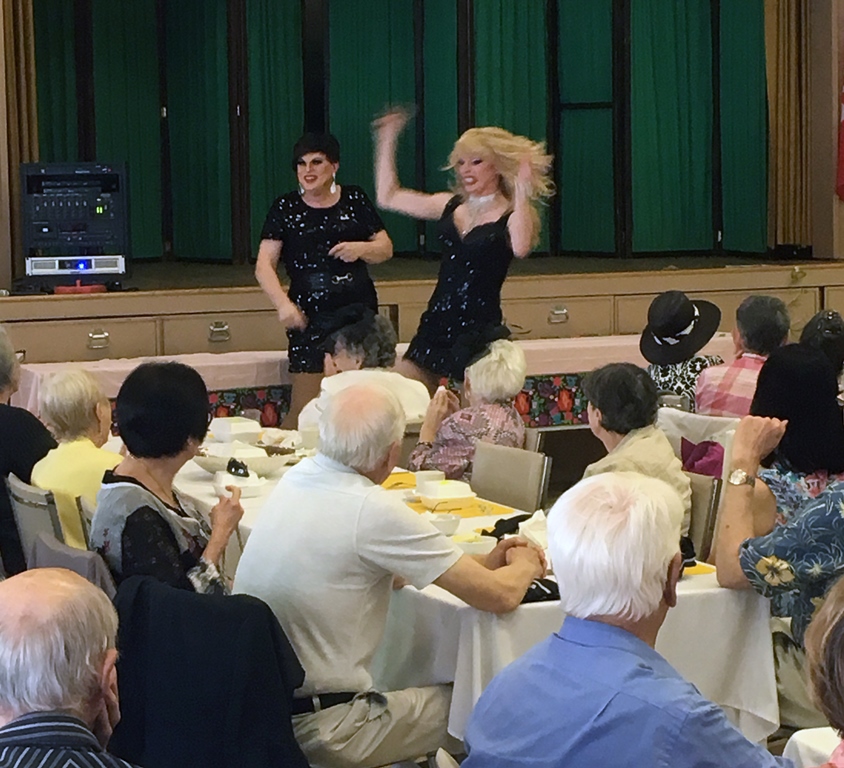 The local hosts this annual event to recognize the contributions that seniors have made to the community. CUPE 389 provides food and serves tea and coffee to seniors and special guests, as well as gifting seniors with dozens of door prizes donated by the local.

The event was inspired by Tom Silva, a former CUPE 389 president who was instrumental in getting equal pay for women and men doing the same work in the North Vancouver School District.

This year’s entertainment featured drag performances by artists Mark Vossberg, aka “The Bovine Miss M.” and Carl McDonald, aka “Carlotta Gurl”, who brought the crowd alive. Their performance featured songs by various artists including Liza Minelli and some of Lily Tomlin’s comedy routines.

CUPE 389 also supported Silver Harbour with a cheque for $500, funds that will be used to help the seniors centre continue providing great services that keep seniors engaged and connected.

“It’s an honour for our local to support those who came before us and made things better for all of us,” said CUPE 389 President Cindy McQueen. “Seniors deserve our respect and support, and this is just one small way that we can say ‘thank you’.”

CUPE 389 is a multi-sector local that represents approximately 2,100 members on the North Shore.