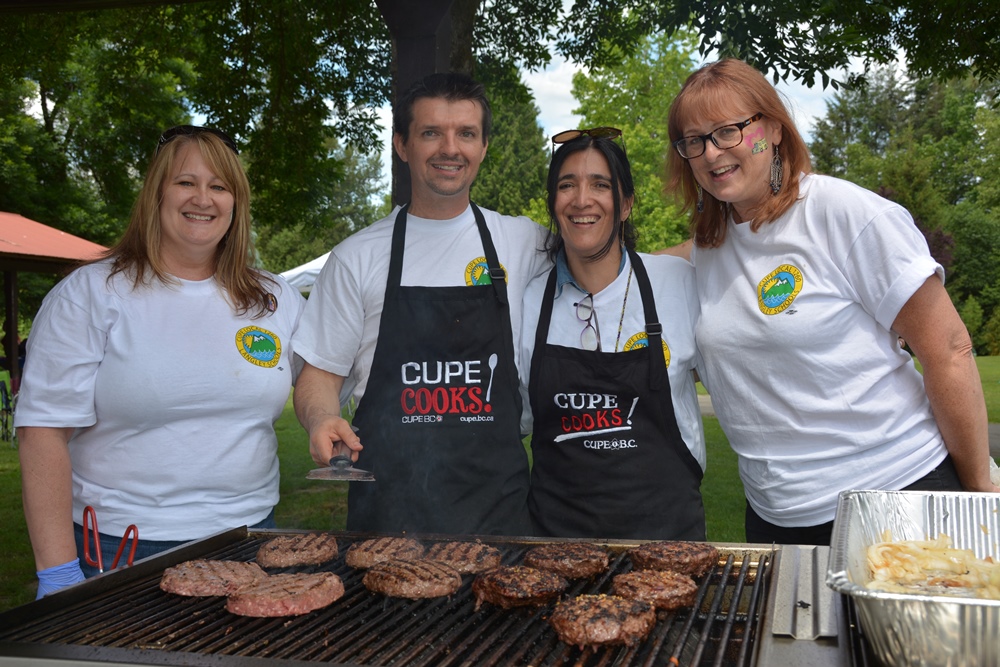 LANGLEY—There was something for everyone at the CUPE 1260 family picnic held at Al Anderson Park on Saturday. The sunny weather held throughout the day, despite the warning of possible rain, adding to the festive air.

“A big thank you to everyone who turned out for the successful event hosted by our local,” said CUPE 1260 President Marnie Wilson. “This was a great way to get our work families together with our home families.”

Local 1260 members served up hotdogs, hamburgers, veggie burgers, chips, ice cream and drinks to an appreciative crowd of about 100 people. A water spray park, bubble making, games, and face painting entertained adults and children alike at this Langley event, and everyone enjoyed the live music performance by CUPE 1260 member Patricia Dunphy and her band Key Collective.

The local, which booked the CUPE BC trailer for the event, were grateful for the sound system and particularly impressed by the professionalism and helpfulness of trailer driver Gary Goff. As well as a community events trailer driver he is also President of CUPE 498 – Port Coquitlam city workers.

CUPE 1260 formed a Membership Engagement Committee two years ago to help bring members together and help build solidarity. The family picnic event on Saturday was the local’s third event and continues to build membership awareness and engagement.

Coordinator Evelyn Groeneveld said the event couldn’t have happened without the help of all the volunteers who pitched in. “It made everything go really, really smoothly,” said Groeneveld. “And we all had such a good time that it has encouraged us to keep going.”