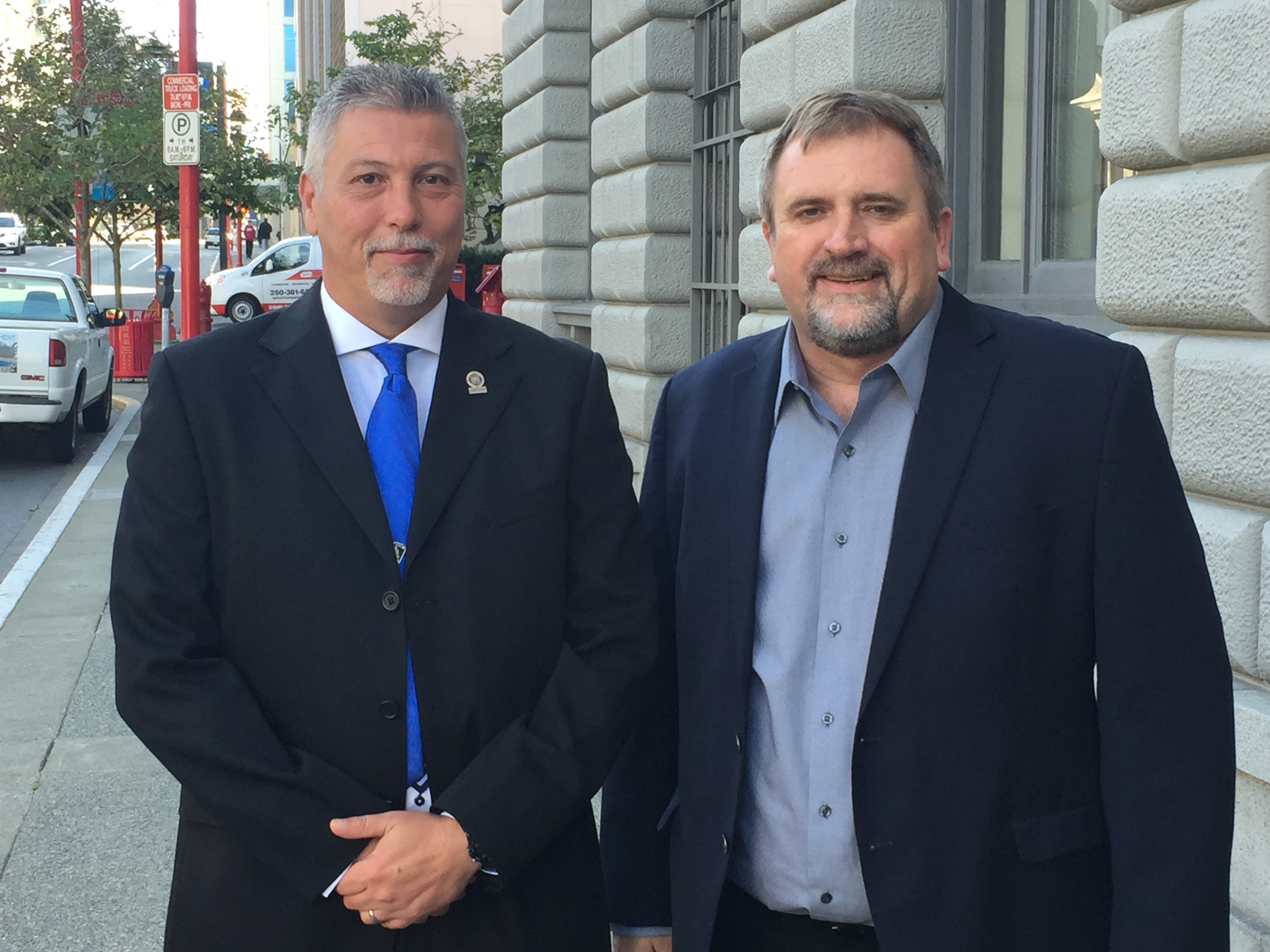 The plan includes a publicly owned, operated and maintained wastewater treatment plant to be built at McLoughlin Point in Esquimalt and a P3 biosolids treatment facility to be built at the Hartland Landfill in Saanich. Conveyance updates will also be done throughout the Core Area.

CUPE National President Mark Hancock presented to the CRD board on September 14 on the importance of public sewage treatment, as did CUPE 1978 President Rick Illi.

“Less than one percent of municipalities in Canada have privatized their water or wastewater systems through a P3, and several municipalities in BC who had private systems have recently returned to public operation. In making the decision to go primarily public, the CRD board has taken a big step in the right direction,” said Hancock. “There is solid evidence from independent sources that says P3s don’t live up to expectations and don’t deliver on promises made. We know that public financing and delivery are more affordable and accountable. CUPE will continue to push for federal infrastructure funds that recognize the value of public water and wastewater. “

Illi said that when the previous plan for sewage treatment fell apart in 2014 there was great concern that this entire project would become a P3 and he thanked the many CUPE members, and community members who worked hard to ensure that there was no further expansion of the P3 portion of this project.

In 2014 when the original plan for sewage treatment fell apart the Core Area Liquid Waste Management Committee (the committee charged with putting together a plan for sewage treatment) went back to the drawing board to look for a new solution. After many months of consultation a decision still couldn’t be reached and in May of this year the Provincial government stepped in and appointed a ‘Project Board’ to finalize a plan.

The Project Board spent three months reviewing the work the CRD had done on planning for sewage treatment and in the end they recommended a similar plan but one they felt addressed the needs of Esquimalt – the community set to host the wastewater treatment plant.

The Project Board will now work to confirm senior level funding commitments and if confirmed will begin work to implement the plan the CRD Board approved.