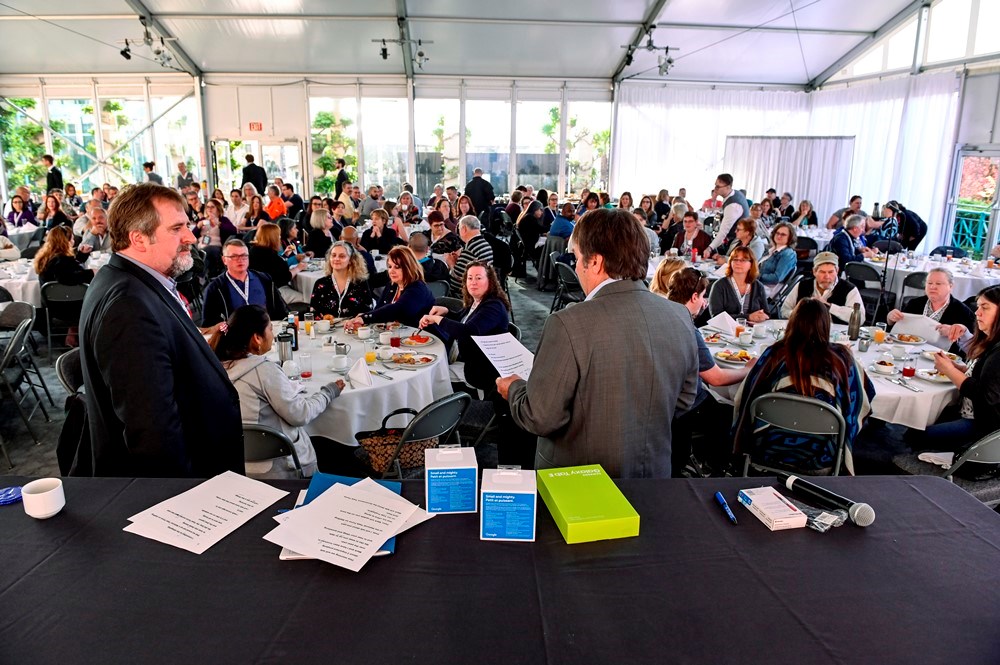 VICTORIA – Thanks to continued growth in our union and other developments, members can expect big changes at CUPE with respect to staffing, trial procedure and governance, delegates were told at the National officers’ breakfast.

The task force looked into the big issues CUPE faces around staffing, including turnover due to retirement and new challenges of the coming decade. “We need to make sure we are responding in the best way possible and that means a new way of doing things,” said Fleury.

He talked about the new staff training and an internship program that includes job shadowing and a three-month placement. “I hope you will support the new staff and invite them into your local to learn,” said Fleury.

President Mark Hancock updated delegates on the review of CUPE’s Trial Procedure.  Written submissions and interviews from interested members and chartered bodies led to the development of 15 recommendations that will be considered by the National Executive Board for submission to the 2019 National Convention, he said.

Hancock also spoke about the Task Force on Governance, formed as a result of a resolution adopted at the 2017 National Convention. The 16-member task force has issued its final report that includes 27 recommendations covering broad topics of NEB representation, NEB elections, Trustees, Conventions, and affiliations.

Some of the recommendations would codify current practices that are currently “unwritten rules” and some are bold new ideas, such as adding representation to the National Executive Board.

Hancock said that proposals include electronic voting for elections or at the discretion of the Chair, which delegates will consider at the upcoming 2019 National Convention. This will require a two-thirds majority to pass.

“It’s a huge bar to get any of these things passed,” said Hancock. “It’s going to be a great debate.”

The presentations were followed by a Q&A session.

Door prizes were drawn and winners of the two Google Home Minis were Scott Swati from CUPE 1978 and Francine Brisson from CUPE 4227. The Galaxy Mini Tablet was also won by a CUPE 4227 member, Andréanne Morisset.